All matters relating to the Natural Selection 1 & 2 side of the community.

Hello Everyone. I would like to propose that you add the mod NS2+ to the server.
You can find a lot of discussion on the mod as well as workshop links on the UWE forum here:
http://forums.unknownworlds.com/discuss ... tom-hud/p1

So what is it? Well the mod is essentially a collection of visual tweaks mostly to things like the interface (numerical health instead of bars, hit sounds, damage number tweaks, personal accuracy, etc). It has originated from the competitive community where obviously you can not just white list everything and fixes like this have to be organised and maintained. There are quite a lot of little things included and it is important to stress that they are all optional. You can ignore its existence and all you will get by default is a popup telling you your accuracy when you die (which is completely disableable). It also has an easy to use options menu accessible from the main menu, so you do not need to go digging through console commands.

It should NOT affect balance*, you may have heard that the comp community is tweaking balance but that is an entirely separate mod. I would say upfront that this mod can essentially make maps like the NSL maps if you want to turn those options on. For those unfamiliar, that means simpler lighting, removing some visual clutter (think the holograms on the floor in System Waypointing on Veil) and some ambient sounds. You could argue that removing the visual clutter does affect balance but I would encourage you to try it, its mostly just less annoying. I would also add that NS2+ can improve game performance quite significantly in some circumstances because of these tweaks.

Anyway, I would encourage you to try it to see what it can do. Maybe you think it will be too much, but its not going to change the server game mode for people not running the mod so I do not think there is anything really to lose!

*Well there is a skulk loudness fix included (to be implemented in 265 apparently).

There is also a nice mod for player names on the minimap:
http://steamcommunity.com/sharedfiles/f ... =246195029
This might be in the next patch though (which has been coming soon for several weeks I believe).
Top

NS2+ does look like a good mod but I think we'll just...wait...for a bit because of...waiting.

princess wrote:NS2+ does look like a good mod but I think we'll just...wait...for a bit because of...waiting.

That's almost as vague as my response to Cognito yesterday on IRC.

I would personally prefer to keep the server as vanilla as possible.

Well the patch is here and NS2+ has updated and at least appears to be working with it! Might want to wait a few days though to see if anything shakes loose, but I still think you guys should give it a shot.


MartyMcFly wrote:I would personally prefer to keep the server as vanilla as possible.

Mendasp has recently added server options which allow you to disable the parts of the mod that affect game play (excluding alien vision which is cleared for modification on YO anyway). You can disable the tweaks to particles, ambient sounds and the even more minimal NSL lighting. I would still strongly advise against disabling tweaks to particles and lighting as these provide performance improvements, particularly with the flame thrower in play. If there is anything else in particular that is a sticking point, Mendasp has been very open to feedback and I would be happy to point that out to him.
You can edit the options through the "NS2PlusServerConfig.json" or I believe there are console commands for admins.
Top

Tired of manually picking up crap?

How about some beeping!

Some shit for commanders who cares.

NS2+ is awesome. Now I only play on NS2+ servers and YoClan when there are people I know 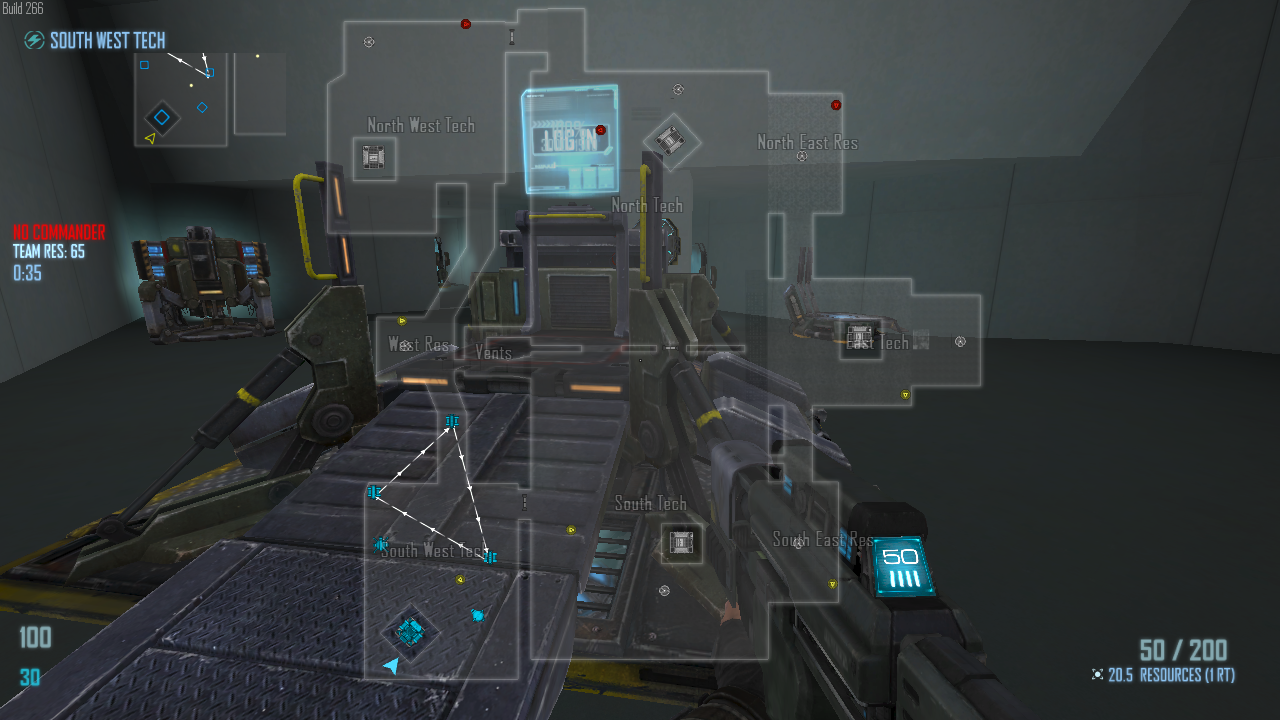